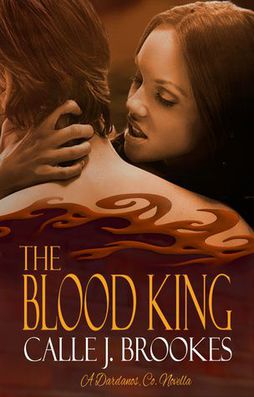 War was cruelty, cruelty was war. Sacrifices must be made by both sides.


Rydere Dardanos was king of the Dardaptos people—the race of beings responsible for the ancient vampire legends. He’d do anything to protect his people in the war between the Dardaptoans and all those named Taniss.


Emily Taniss was the new CEO of Taniss Industries, the company her grandfather started sixty years ago. The company responsible for so many horrific acts against the Dardaptoan people. Her grandfather’s actions held many repercussions for Emily and her cousins. It would take them years to straighten it all out.


But Emily didn’t have years, she had only moments.


Rydere saw the young woman’s death as a necessary sacrifice for his people. So many of his people had been lost at Taniss hands, her death was only fitting. Owed to his people. He didn’t have to like killing her, but he would do it. He held her small body clutched against him as he lowered his fangs toward her neck. He would make it easy on her, he would make it quick.


Until his first taste of her blood made it clear to him she wasn’t just a sacrifice. She was his destined mate...and queen of his people.

The Healer's Heart
Calle J. Brookes
7/10
Jade always knew she was different and she always knew there was a special someone waiting for her....