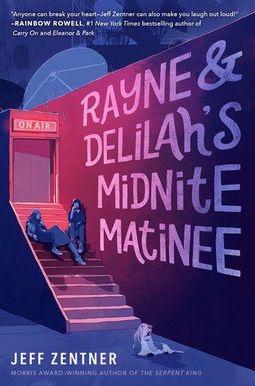 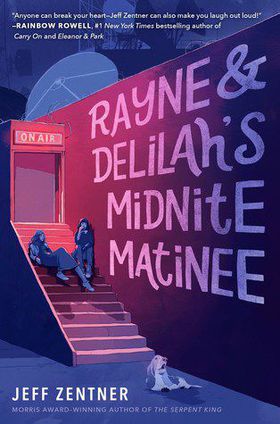 A contemporary novel about two best friends who must make tough decisions about their futures--and the TV show they host--in their senior year of high school.

But with the end of senior year quickly approaching, the girls face tough decisions about their futures. Josie has been dreading graduation, as she tries to decide whether to leave for a big university and chase her dream career in mainstream TV. And Lawson, one of the show's guest performers, a talented MMA fighter with weaknesses for pancakes, fantasy novels, and Josie, is making her tough decision even harder.

Scary movies are the last connection Delia has to her dad, who abandoned the family years ago. If Midnite Matinee becomes a hit, maybe he'll see it and want to be a part of her life again. And maybe Josie will stay with the show instead of leaving her behind, too.

As the tug-of-war between growing up and growing apart tests the bonds of their friendship, Josie and Delia start to realize that an uncertain future can be both monstrous...and momentous.
Data wydania: 2019-02-26
ISBN: 978-1-5247-2020-9, 9781524720209
Wydawnictwo: Crown Books for Young Readers
Kategorie: Powieść Literatura młodzieżowa
Stron: 400
dodana przez: m_mikos

Hello dear Reader, I am a broken soul by another novel...

Hello dear Reader. I am a broken soul by another novel. Why? I will tell you why. Because of "Rayne & Delilah's Midnite Matinee" by Jeff Zentner. It's official: this man (Jeff Zentner) can't write a bad novel, a simple novel, just a novel. He always writes something that will break your heart. And yes, his new work is just stunning. As always. By day, they’re just high school seniors from a small town. On every Fryday night, they become Rayne Ravenscroft and Delilah Darkwood from TV show Midnite Matinee… "Rayne & Delilah's Midnite Matinee" is a bitter-sweet story of two g... czytaj dalej »