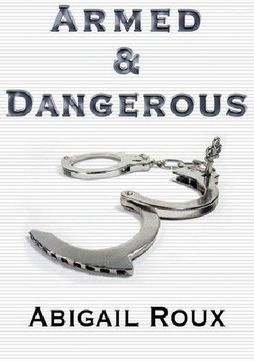 Left alone in Baltimore after his unpredictable lover bails, Special Agent Zane Garrett takes his frustration out on everything in his path until he is ordered to Chicago to back up an undercover operative. When he gets there, though, he finds himself face to face with his wayward partner, Special Agent Ty Grady. They have to deal with the uncertainty lingering between them while they work to retrieve their intended mark, a retired hit man and CIA wet-works operative named Julian Cross.

Ty, once a marine and now an FBI hotshot, has a penchant for being unpredictable, a trait Zane can vouch for. Zane is a man who once lived for his job but has come to realize his heartbreaking past doesn’t have to overshadow his future. They're partners, friends, lovers, and the go-to team for unusual cases. With Cross and his innocuous boyfriend, Cameron Jacobs, in tow, Ty and Zane must navigate the obstacles of a cross-country trek, including TSA pat-downs, blizzards, their uncooperative prisoners, CIA kill teams, a desperate lack of sleep or caffeine, and each other. Ty and Zane are determined to get Julian Cross to DC in one piece, but it’s starting to look like it might be the last thing they do.
Data wydania: 2012-01-01
ISBN: 978-1-61372-513-9, 9781613725139
Język: angielski
Wydawnictwo: Dreamspinner Press
Cykl: Cut & Run, tom 5
dodana przez: BielaHU

Cut & Run
Abigail Roux, Madeleine Urban
8/10
A series of murders in New York City has stymied the police and FBI alike, and they suspect the cul...

Fish & Chips
Abigail Roux, Madeleine Urban
10/10
Special Agents Ty Grady and Zane Garrett are back on the job, settled into a personal and professio...