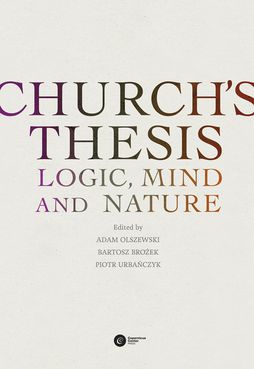 A collection of essays dealing with issues connected with Church’s Thesis from both the philosophical and logical perspectives. The Reader will learn about the problems present in the theory of computability, with a particular emphasis being placed on the role of Church’s Thesis and the various attempts at its proving it. The contributions also concern the intuitive notion of computable functions, the general issue of proving theses, hypercomputation, pseudorecursiveness and the computational modeling of cognition. Moreover, some of them utilize formal means such as the first order theory of hereditarily finite sets or the procedural theory of concepts.