A Taste of Midnight 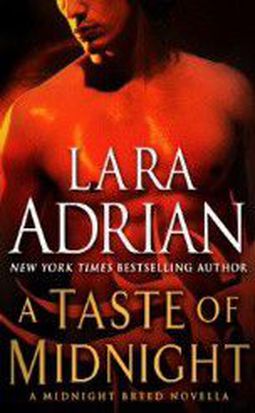 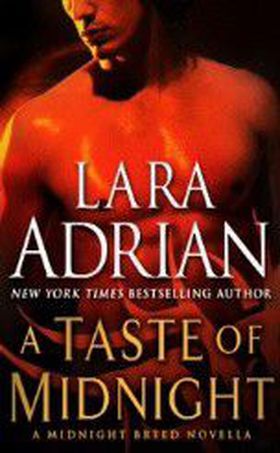 For fans who have been been waiting to devour Darker After Midnight, as well as new readers tempted by the seductive thrills of her Midnight Breed novels, New York Times bestselling author Lara Adrian offers up a tantalizing appetizer in A Taste of Midnight. In this spellbinding eBook novella of otherworldly desire, a woman whose destiny was born from a blood kiss discovers that second chances do come . . . even for immortals. A shimmering holiday gala lights up an ancient castle in the Scottish Highlands, but beautiful widowed Breedmate Danika MacConn feels alone in the crowd. Even among the friends and festivity of the Darkhaven celebration, she can’t forget her lost love, a fallen warrior of the Order. Her brief return to her mate’s homeland has become treacherous after rejecting the advances of a dangerous Edinburgh crime boss with a taste for blood sport. As Danika seeks to expose the vampire and his dark trade, she discovers an unexpected ally in his forbidding, enigmatic henchman, Brannoc, a man who exudes heat, danger, and dark menace--and seems somehow achingly familiar. Bran has his own reasons for wanting to keep Dani out of his employer’s business . . . and his own secrets he means to keep buried. The last thing he needs is to get tangled up with a woman who tempts the wildest part of his Breed nature--especially when that woman is Danika MacConn, the one woman capable of bringing him to his knees. Contains a preview of the hotly anticipated nightcap of Lara Adrian’s Midnight Breed series, Darker After Midnight!
Data wydania: 2011-12-05
ISBN: 978-0-345-53259-6, 9780345532596
Wydawnictwo: Penguin Random House
Cykl: Midnight Breed, tom 9
Kategoria: Literatura obyczajowa
Stron: 70