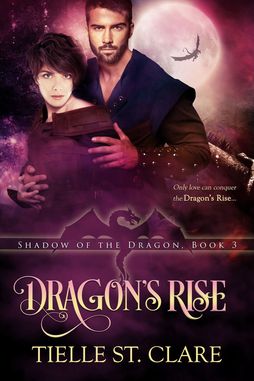 As a child, Prince Bren of Xicanth saw the devastation created when a dragon is rejected by its mate.and vowed he would never unleash that kind of horror and suffering on a woman. The promise is simple to maintain until Tynan, the dragon who shares his existence, chooses a mate and demands to claim her as only a dragon can.

Bren's own needs make it almost impossible to deny his dragon the taste of her flesh that the beast so desires.

But even as Bren unwillingly succumbs to the lure of the dragon's mate, he realizes something isn't right. A dragon can have only one mate.yet Tynan has claimed two.no, three different women.
﻿﻿

Dragon's Kiss
Tielle St. Clare
8/10
Lorran has studied dragons for years, hoping to find a way for the wild creatures and humans to live...

Dragon's Prey
Tielle St. Clare
7/10
Captured and put into slavery, it should be a simple thing for Kayla to escape, if only her dragon...