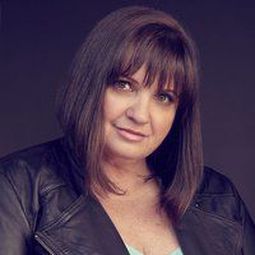 Autorka, 51 lat
Obserwuj
Urodzona 1 stycznia 1969 roku w USA
J.A. Huss never wanted to be a writer and she still dreams of that elusive career as an astronaut. She originally went to school to become an equine veterinarian but soon figured out they keep horrible hours and decided to go to grad school instead. That Ph.D wasn’t all it was cracked up to be (and she really sucked at the whole scientist thing), so she dropped out and got a M.S. in forensic toxicology just to get the whole thing over with as soon as possible.

After graduation she got a job with the state of Colorado as their one and only hog farm inspector and spent her days wandering the Eastern Plains shooting the shit with farmers. After a few years of that, she got bored. And since she was a homeschool mom and actually does love science, she decided to write science textbooks and make online classes for other homeschool moms. She wrote more than two hundred of those workbooks and was the number one publisher at the online homeschool store many times, but eventually she covered every science topic she could think of and ran out of shit to say.

So in 2012 she decided to write fiction instead. That year she released her first three books and started a career that would make her a New York Times bestseller and land her on the USA Today Bestseller’s List eighteen times in the next three years. Her books have sold millions of copies all over the world, the audio version of her semi-autobiographical book, Eighteen, was nominated for a Voice Arts Award and an Audie award in 2016 and 2017 respectively, her audiobook Mr. Perfect was nominated for a Voice Arts Award in 2017, and her book, Taking Turns, was nominated for an Audie Award in 2018. Johnathan McClain is her first (and only) writing partner and even though they are worlds apart in just about every way imaginable, it works.

Wasted Lust
J.A. Huss
A GIRL WITH REGRETS… Sasha Cherlin died the night she let Nick Tate walk out on her for a life of crime. Her very essence was destroyed when they broke their promise to one another. A MAN WITH REMOR...